5,5/10
A smart teenage girl comes of age in a small town with her self-centered parents who had her when they were teenagers.
Director: Max Mayer
Stars: Claire Danes, James Marsden, Sarah Bolger, Jeremy Sisto 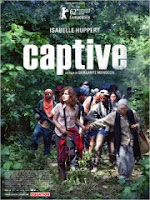 5,5/10
Bob, a cab-driving serial killer who stalks his prey on the city streets alongside his reluctant protégé Tim, who must make a life or death choice between following in Bob's footsteps or breaking free from his captor. (94 mins.)
Director: Jennifer Lynch
Stars: Vincent D'Onofrio, Eamon Farren, Evan Bird, Julia Ormond

6,5/10
As Jamie travels in Chile, he invites an eccentric woman to join his group's quest to score a fabled hallucinogen, a move that finds him at odds with his new companion, until they drink the magic brew on a beach at the edge of the desert. (98 mins.)
Director: Sebastián Silva
Stars: Michael Cera, Gaby Hoffmann, Juan Andrés Silva, Agustín Silva

6,5/10
A teenager finds herself transported to a deep forest setting where a battle between the forces of good and the forces of evil is taking place. She bands together with a rag-tag group characters in order to save their world -- and ours. (102 mins.)
Director: Chris Wedge
Stars: Amanda Seyfried, Josh Hutcherson, Beyoncé Knowles, Colin Farrell

5/10
Hobbs has Dom and Brian reassemble their crew in order to take down a mastermind who commands an organization of mercenary drivers across 12 countries. Payment? Full pardons for them all. (130 mins.)
Director: Justin Lin
Stars: Vin Diesel, Paul Walker, Dwayne Johnson, Michelle Rodriguez

5/10
When it appears as though the end is in sight, the pilots, flight crew, and passengers of a plane heading to Mexico City look to forget the anguish of the moment and face the greatest danger, which we carry within ourselves. (90 mins.)
Director: Pedro Almodóvar
Stars: Javier Cámara, Pepa Charro, Cecilia Roth, Lola Dueñas

6/10
Four couples meet for Sunday brunch only to discover they are stuck in a house together as the world may be about to end. (88 mins.)
Director: Todd Berger
Stars: Rachel Boston, Laura Adkin, Kevin M. Brennan, David Cross

6/10
Michel Dumont is a delivery boy for a grocery store. Divorced and father of two young children, is accused and condemned for a Sexual aggression that he refuses to acknowledge. (121 mins.)
Director: Daniel Grou
Stars: Marc-André Grondin, Marilyn Castonguay, Sarianne Cormier, Kathleen Fortin 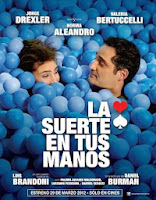 6,5/10
A father driven into desire, a son coveting that of his father's, and the sorrowful maternity that hovers them into tragedy. (89 mins.)
Director: Ki-duk Kim
Stars: Jae-hyeon Jo, Eun-woo Lee, Young Ju Seo

6/10
An FBI agent and an Interpol detective track a team of illusionists who pull off bank heists during their performances and reward their audiences with the money. (115 mins.)
Director: Louis Leterrier
Stars: Jesse Eisenberg, Common, Mark Ruffalo, Woody Harrelson

6,5/10
Two highway road workers spend the summer of 1988 away from their city lives. The isolated landscape becomes a place of misadventure as the men find themselves at odds with each other and the women they left behind. (94 mins.)
Director: David Gordon Green
Stars: Paul Rudd, Emile Hirsch, Lance LeGault, Joyce Payne

6/10
A study of the friendship between a Chinese woman and a fisherman who came to Italy from Yugoslavia many years ago, who live in a small city-island in the Veneto lagoon. (98 mins.)
Director: Andrea Segre
Stars: Tao Zhao, Rade Serbedzija, Marco Paolini, Roberto Citran

5/10
A comedy about a man, his best friend, and the woman they both adore watching their lives fly by. (76 mins.)
Director: Bob Byington
Stars: Nick Offerman, Keith Poulson, Jess Weixler, Stephanie Hunt

6/10
When one of their own is kidnapped by an angry gangster, the Wolf Pack must track down Mr. Chow, who has escaped from prison and is on the lam. (100 mins.)
Director: Todd Phillips
Stars: Bradley Cooper, Zach Galifianakis, Ed Helms, Justin Bartha

5/10
Roberto Bermudez, a specialist in criminal law, is convinced that one of his students committed a brutal murder. It leads him to start an investigation that becomes his obsession. (106 mins.)
Director: Hernán Golfrid
Stars: Ricardo Darín, Natalia Santiago, Alberto Ammann, Calu Rivero

5,5/10
An obsessed scholar attempts to withdraw from the world but finds personal ties drawing him back into the family he had left behind, in this novelistic, beautifully modulated drama from acclaimed Québécois filmmaker Bernard Émond. (91 mins.)
Director: Bernard Émond
Stars: Patrick Drolet, Willia Ferland-Tanguay, Isabelle Vincent, Jack Robitaille

6/10
During his 50th birthday party thrown by his wife, Remco's life takes a turn for the worse. His business partners are scheming behind his back to sell him and his former mistress shows up pregnant. (55 mins.)
Director: Paul Verhoeven
Stars: Peter Blok, Robert de Hoog, Sallie Harmsen, Gaite Jansen 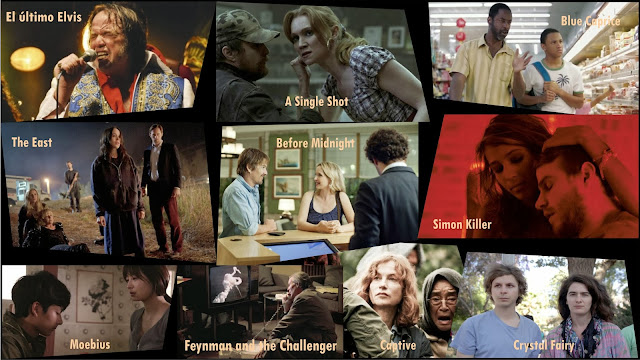