5/10
John McClane travels to Russia to help out his seemingly wayward son, Jack, only to discover that Jack is a CIA operative working to prevent a nuclear-weapons heist, causing the father and son to team up against underworld forces. (98 mins.)
Director: John Moore
Stars: Bruce Willis, Jai Courtney, Sebastian Koch, Mary Elizabeth Winstead

6,5/10
Alejandra and her dad Roberto have just moved to town. She is new at school, he has a new job. Starting over is sometimes complicated when you have left so much behind. (93 mins.)
Director: Michel Franco
Stars: Tessa Ia, Gonzalo Vega Jr., Tamara Yazbek, Hernán Mendoza 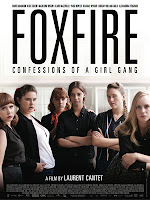 6,5/10
When a kidnapping goes wrong, a desperate father risks everything to save his daughter from the men who hold her captive. (84 mins.)
Director: Ron Morales
Stars: Arnold Reyes, Menggie Cobarrubias, Dido De La Paz, Leon Miguel

4/10
Hansel & Gretel are bounty hunters who track and kill witches all over the world. As the fabled Blood Moon approaches, the siblings encounter a new form of evil that might hold a secret to their past. (88 mins.)
Director: Tommy Wirkola
Stars: Jeremy Renner, Gemma Arterton, Peter Stormare, Famke Janssen 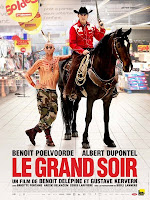 5/10
The film tells the story of 2 brothers. One punk, one salesman. The salesman get laid off, and slowly becomes a punk like his brother. (92 mins.)
Director: Gustave Kervern, Benoît Delépine
Stars: Benoît Poelvoorde, Albert Dupontel, Brigitte Fontaine, Areski Belkacem

4/10
A thief with a unique code of professional ethics is double-crossed by his crew and left for dead. Assuming a new disguise and forming an unlikely alliance with a woman on the inside, he looks to hijack the score of the crew's latest heist. (118 mins.)
Director: Taylor Hackford
Stars: Jason Statham, Jennifer Lopez, Michael Chiklis, Nick Nolte

5,5/10
At a home for retired musicians, the annual concert to celebrate Verdi's birthday is disrupted by the arrival of Jean, an eternal diva and the former wife of one of the residents. (98 mins.)
Director: Dustin Hoffman
Stars: Maggie Smith, Michael Gambon, Billy Connolly, Tom Courtenay

6/10
A young woman with a mysterious past lands in Southport, North Carolina where her bond with a widower forces her to confront the dark secret that haunts her. (115 mins.)
Director: Lasse Hallström
Stars: Julianne Hough, Josh Duhamel, Cobie Smulders, David Lyons

6,5/10
A detective searches for the body of a femme fatale which has gone missing from a morgue. (108 mins.)
Director: Oriol Paulo
Stars: Belén Rueda, Hugo Silva, Aura Garrido, José Coronado

4,5/10
When an unseen enemy threatens mankind by taking over their bodies and erasing their memories, Melanie will risk everything to protect the people she cares most about, proving that love can conquer all in a dangerous new world. (125 mins.)
Director: Andrew Niccol
Stars: Saoirse Ronan, Max Irons, Jake Abel, Diane Kruger

3,5/10
Heidi, a radio DJ, is sent a box containing a record -- a "gift from the Lords." The sounds within the grooves trigger flashbacks of her town's violent past. Is Heidi going mad, or are the Lords back to take revenge on Salem, Massachusetts? (101 mins.)
Director: Rob Zombie
Stars: Sheri Moon Zombie, Meg Foster, Bruce Davison, Jeff Daniel Phillips

8/10
A motorcycle stunt rider turns to robbing banks as a way to provide for his lover and their newborn child, a decision that puts him on a collision course with an ambitious rookie cop navigating a department ruled by a corrupt detective. (140 mins.)
Director: Derek Cianfrance
Stars: Ryan Gosling, Bradley Cooper, Eva Mendes, Anthony Pizza

6/10
Sheltered by his grandparents, Luke, a young man with autism, is thrust into a world that doesn't expect anything from him. But Luke is on a quest for a job and true love. And he isn't taking no for an answer.
Director: Alonso Mayo
Stars: Cary Elwes, Seth Green, Kristin Bauer van Straten, Al Sapienza

6,5/10
A man and woman are drawn together, entangled in the life cycle of an ageless organism. Identity becomes an illusion as they struggle to assemble the loose fragments of wrecked lives. (96 mins.)
Director: Shane Carruth
Stars: Amy Seimetz, Frank Mosley, Shane Carruth, Andrew Sensenig

-
"each episode has a different cast, a different setting, even a different reality. But they're all about the way we live now – and the way we might be living in 10 minutes' time if we're clumsy."
Stars: Bryony Neylan-Francis

6/10
Juan lives in clandestinity. Just like his mum, his dad and his adored uncle Beto, outside his home he has another name... (112 mins.)
Director: Benjamín Ávila
Stars: Natalia Oreiro, Ernesto Alterio, César Troncoso, Cristina Banegas

5,5/10
The violent death of an unpopular village resident is initially blamed on an infectious disease, but an investigation shows that everybody in the village had a reason to murder him. (108 mins.)
Director: Hu Guan
Stars: Bo Huang, Simon Yam, Alec Su, Leon Dai

4/10
Sacha Keller is only interested in one night stands with 20-somethings and has a phobia of children. That is until he meets Charlotte, the divorced mother-of-three and ex-wife of one his employer's powerful clients. (110 mins.)
Director: James Huth
Stars: Gad Elmaleh, Sophie Marceau, Maurice Barthélémy, François Berléand 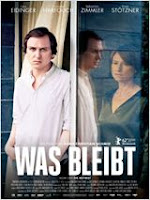 5/10
Marko is in his mid-thirties, has just published his first book, and has been living in Berlin since his university days... (85 mins.)
Director: Hans-Christian Schmid
Stars: Lars Eidinger, Egon Merten, Eva Meckbach, Sebastian Zimmler

6,5/10
What happens to us when people stop acting like they're supposed to? A nurse gets into a dispute at... (118 mins.)
Director: Dag Johan Haugerud
Stars: Laila Goody, Ragnhild Hilt, Andrea Bræin Hovig, Anne Marit Jacobsen

-
Four years after the Rising, the government starts to rehabilitate the Undead back into the society including teenager Kieren Walker, who returns home to his small Lancashire village to face a hostile reception as well as his own demons.
Stars: Emily Bevan, Harriet Cains, Steve Cooper, Kenneth Cranham

5,5/10
Annabel and Lucas are faced with the challenge of raising his young nieces that were left alone in the forest for 5 years.... but how alone were they? (100 mins.)
Director: Andy Muschietti
Stars: Jessica Chastain, Nikolaj Coster-Waldau, Megan Charpentier, Isabelle Nélisse

7,5/10
(132 mins.)
The film is about a German couple and their teenage son who emigrate to the north of Norway
Director: Matthias Glasner
Stars: Birgit Minichmayr, Jürgen Vogel, Henry Stange, Ane Dahl Torp

6/10
After seven years in prison, Rudy Vandekerckhove has set himself two clear objectives: get back to work as a washing machine repairman, and -- more importantly -- become reconciled with the family he had left behind.
Director: Peter Monsaert
Stars: Wim Willaert, Anemone Valcke, Mourade Zeguendi, Patricia Goemaere

5,5/10
A Polish man who returns home after the death of his father unearths a secret about the now-deceased Jewish residents of his village. (107 mins.)
Director: Wladyslaw Pasikowski
Stars: Maciej Stuhr, Ireneusz Czop, Zbigniew Zamachowski, Danuta Szaflarska

6/10
The leader of a drug cartel busts out of a courthouse and speeds to the Mexican border, where the only thing in his path is a sheriff and his inexperienced staff. (107 mins.)
Director: Jee-woon Kim
Stars: Arnold Schwarzenegger, Forest Whitaker, Johnny Knoxville, Rodrigo Santoro

7/10
Utopia will follow a group of people who find themselves in possession of a manuscript of a cult graphic novel...
Stars: James Fox, Fiona O'Shaughnessy, Alexandra Roach, Nathan Stewart-Jarrett

4,5/10
Ex-criminal Jacob Sternwood is forced to return to London when his son is involved in a heist gone wrong. This gives his nemesis, detective Max Lewinsky, one last chance to catch the man he's always been after. (99 mins.)
Director: Eran Creevy
Stars: James McAvoy, Mark Strong, Andrea Riseborough, Peter Mullan 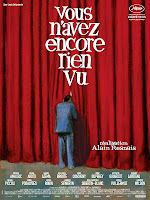